Esteemed Shaykh, this questioner says: The one who went astray in the topic of intercession and worshipped the righteous due to a doubt which occurred to him, can he be prayed over (with the funeral prayer)?

Comment: This is powerful refutation of the misguided, evil Haddaadiyyah who accuse the Salafi scholars of Irjaa' because they afford the excuse of ignorance in matters of Shirk and claim that to affirm Islaam for a person who falls into Shirk out of ignorance without the proof being established upon him is the religion of al-Jahm bin Safwaan and Daawood bin Jarjees. In the above answer, Shaykh al-Fawzan affirms that such a person is prayed over. These people (Haddadis and Takfiri Extremists) employ this issue in which scholars have differences as a means of kindling tribulation and engineering the accusation of al-Irjaa' against Ahl al-Sunnah. For a detailed refutation of these misguided evil Innovators which include factions from the followers of Yahya al-Hajuri, refer to this book: 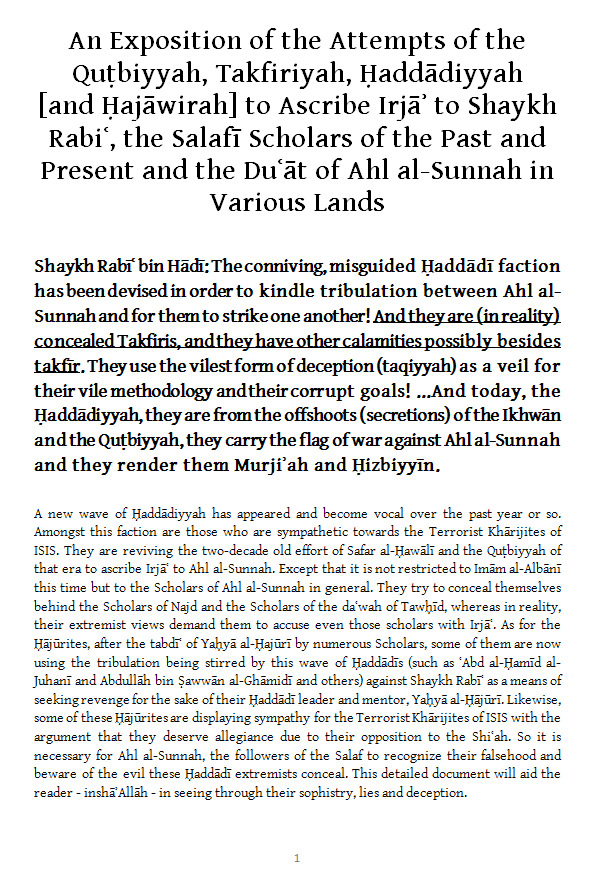