A promotional video was released a couple of days ago by CTI Luton who are known to have been followers, allies and defenders of Abu al-Hasan al-Ma'ribi in what has passed of history. To date, no clear repentance or clarification has come forth from Abdul-Qadir Baksh and those with him who staunchly and ferociously defended Abu al-Hasan al-Ma'ribee and argued for his corrupt usool. Al-Ma'ribee innovated usool (principles) aimed at shielding and defending the jamaa'aat of Hizbiyyah and misguidance. He was exposed and refuted, declared an innovator. He showed his true colors during the Kharijite revolutions a few years ago (learn more here) in which he claims the obligation of revolting against an oppressive ruler, that Hasan al-Banna was a Salafi, revolutions bring honour and the differences between the jamaa'aat are in matters of ijtihaad which means they can unite.

In this video a strong and powerful Jihadi narrative is used as the backdrop to promote a conference concerning Khilaafah and Jihad. Our intention here is to exonerate the Salafi da'wah from this narrative in the video as it is free and innocent of it.

The video runs for around 2 mins and 30 seconds. An unnamed speaker expresses the following sentences over a backdrop of scenery shown in the first five to six pictures below. In addition, a nasheed commences and runs throughout most of the video, adding a strong "Jihadi" vibe.

Brothers and sisters, ever since the destruction of our khilafah state, our ummah has not witnessed a single day of happiness. Our lands were divided, our fathers humiliated, our brothers [disheartened], our mothers and sisters dishonoured. Our ummmah has had to face occupation, disunity, colonialism.

As this speech is being played the following scenery is shown. First a title page is displayed, after which the speech cited above commences. 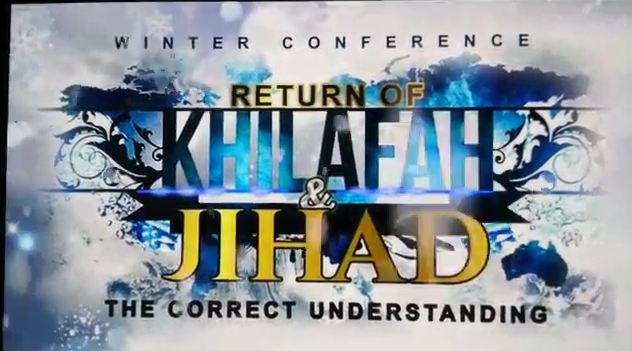 Then there is scenery of men on horseback carrying flags. 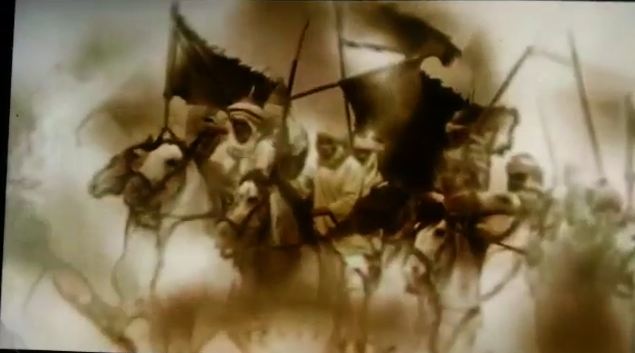 Then we see pictures of tanks. 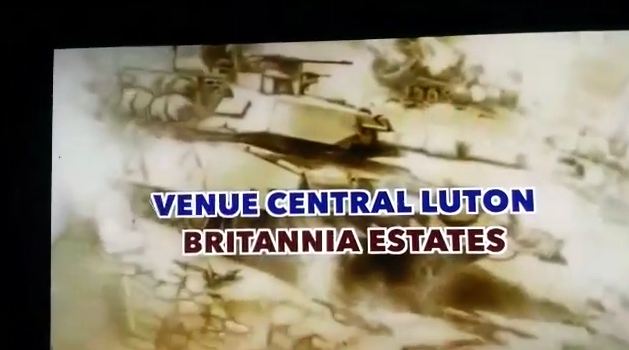 Then pictures of explosions taking place in Muslim lands. 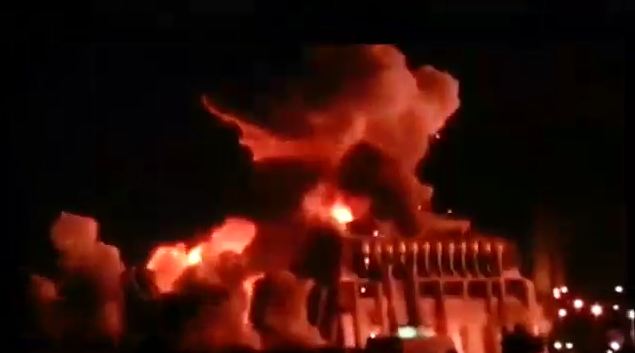 Then a picture of destroyed buildings. 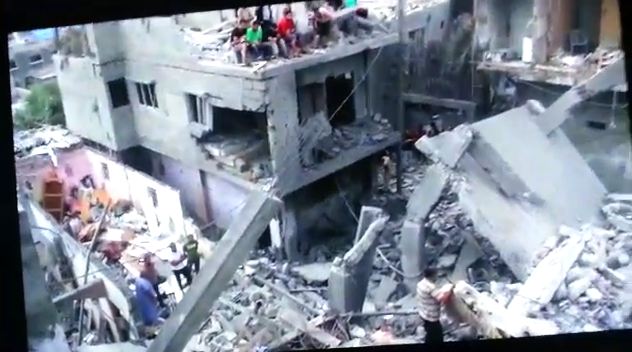 Then pictures of destroyed or burning vehicles. 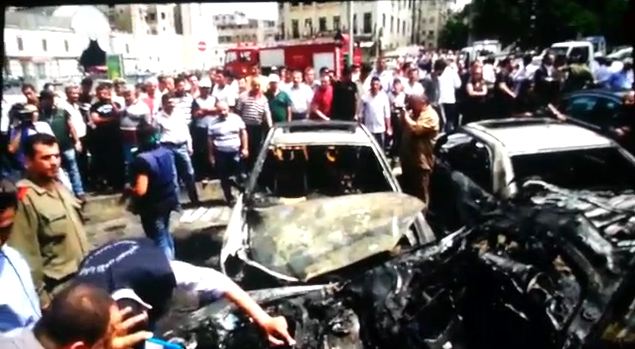 A little later we see scenery of fighter planes. 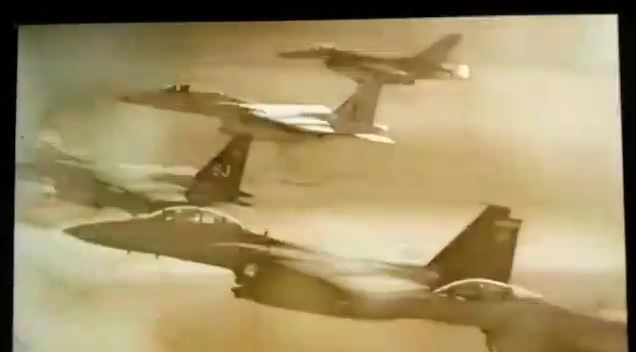 Then more scenery of destroyed buildings. 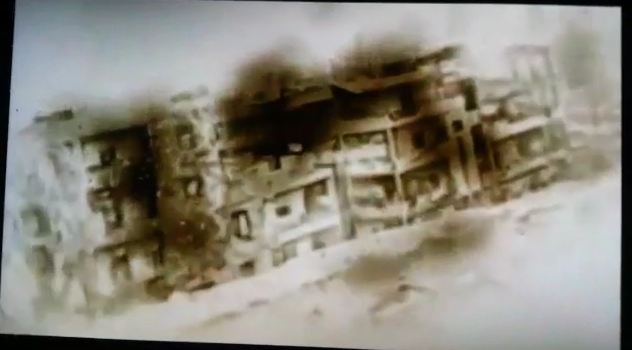 Then a picture of a globe with a horseman carrying a black flag. 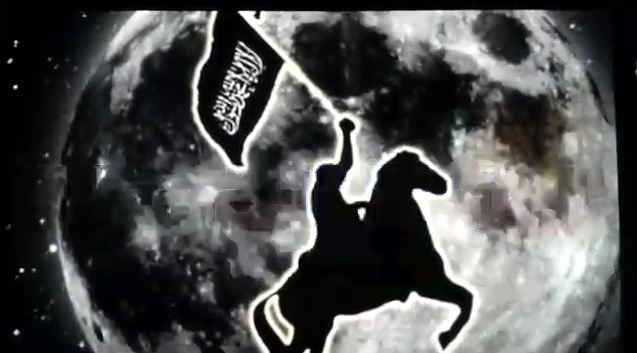 Then there is scenery of a man walking over the horizon raising hight and then firmly planting a flag on the globe. 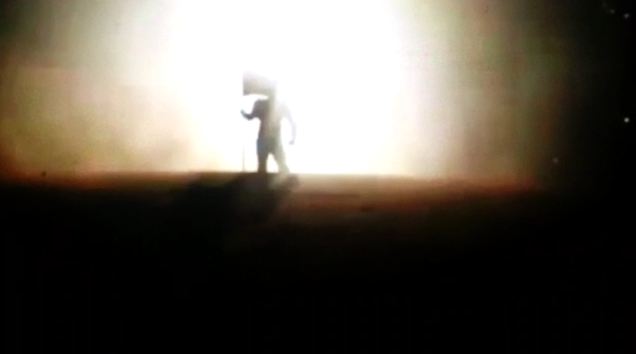 After a mention of those cooperating in the organization of the event [which include al-Hikmah Project (Keighley), Markaz al-Sunnah (Leicester) - who are the followers of Zulfiqar Memoni (affiliation with Madeenah.Con) - Croydon Islamic Community Trust, Taybah Centre, Islam Nelson to which Naveed Ayaz of Madeenah.Con is connected, Dawah Manchester and then a couple of sponsors], the Luton Islamic Center (CTI) is featured right at the end, and they are the main organizers. 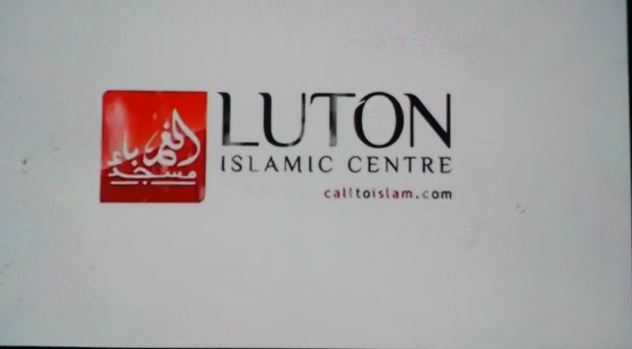 The opening speech by the unknown speaker (MP3) at the beginning of the video is speech that is not known from the Salaf or the Scholars of the Ummah. Rather, they trace all calamities back to the deeds of the servants. This type of speech is a complaint about al-qadaa wal-qadar and the wisdom in the actions of Allah, the Sublime. We do not know of the likes of this speech from the scholars of sound Salafi creed and methodology, Allaah knows best. Further, the association of these calamities has been made with "the destruction of the khilafah state." This is further Tahriri, Jihadi phraseology and is compounded with statements of ignorance, "Our ummah has not witnessed a single day of happiness" - this is kadhib (a lie) - what informed him of that? Does he have all-encompassing knowledge about the days of the Ummah? For Muslims experience days of joy and happiness despite all the calamities they face, whether these calamities are in their own lives or those of other Muslims, whether in proximity to them or remote from them. For they rejoice on the days of Eid and they rejoice on the days of Hajj as these are days of happiness and they have other days of happiness, and they rejoice with faith (imaan), no matter what the circumstances.

As for the lands being divided and the bringing of humiliation, then the asbaab (causes) behind them are mentioned in the Prophetic texts. Exactly who are you complaining to about these affairs? And what happened about returning the calamities back to the souls and hands of the servants as the starting point and to the asbaab mentioned in the revelation - which is the way of the Qur'an and the Sunnah and the Righteous Salaf? All of this is a typical Ikhwani, Jihadi, Tahriri narrative, it is the poison of the Jihadis, Takfiris, being brought to you by - yes - claimants to Salafiyyah!

A person might ask: How can a people ascribing to Salafiyyah, debating and arguing with Jihadis, Takfiris, Tahriris, fall into the likes of this and enter the very narrative of their opponents into a promotional video like this? The answer is very simple. People who are not grounded and cocoon themselves away in debates with Ahl al-Bid'ah fall prey to their way of thinking at a broad, high conceptual level. Then they position themselves in their statements and positions so as to impress upon their opponents that they are free of what they are being accused of - in this case, not being concerned about Muslims or about the khilaafah and so on. So they then position themselves to deflect these accusations from themselves and become affected by the very narrative of their opponents ["see, we are free of what you are accusing us of - we do want to establish the khilafah"], losing grasp of the wider realities, failing to respond in the appropriate way, ignorant of the sensitivities of the time, and not knowing whether wisdom demands the likes of this positioning on their behalf. And all of this has a deeper underlying problem which is lack of grounding in knowledge and understanding. These are shaky people. How has Abdul-Qadir Baksh allowed the likes of this? And where are the effects of the tarbiyyah upon their claimed Salafiyyah? This video demonstrates little evidence of such tarbiyah. It is inconceivable and unfathomable that a Salafi would produce such bid'iyy nonsense as is found in this terrible video.

Then when we look at the scenery which was made the backdrop, along with the nasheed, we see pictures of horsemen, tanks, bombings, destroyed buildings and burned cars and fighter planes. What has that to do with the Prophetic methodology of calling to the Tawhid of Allaah?

And then we have the classic Tahriri, Jihadi, horseman carrying the black flag positioned over the globe. And finally, to seal it off, footage of a man walking from the horizon and first raising them firmly planting the flag into the ground, which gives the message of "conquering" the Earth. What message are you sending out when you have ISIS and their likes using the very same imagery in their propaganda? How will non-Muslims perceive this promotional and what connections will they make?

So all of this shows that we are dealing with people with qillat ul-'aql (lack of intellect), fools who lack wisdom, people who are cocooned from reality and whose actions in da'wah bring harm - whilst they think they are trying to rectify affairs.